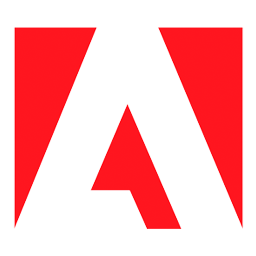 What does the Adobe acquisition of Magento mean for store owners?

Magento recently announced that they were being acquired by Adobe - a massive software company with comparatively infinite resources, for the eye-watering sum of $1.7 billion.

If you've been keeping an eye on the financial developments of Magento, you will have noticed that this is the third ownership change in 10 years. Ebay, took over the reigns in 2011, and then a private company called Permira Funds allowed Magento to become private once more in 2015.

Since 2015 Magento have successfully launched and rolled out it's Magento 2 platform, this combined with the increase in B2B and B2C usage has driven the valuation of Magento as a company from $200 million in 2015, to $1.7 billion in the space of 3 years.

With the introduction of Adobe, we can expect a very definitive enterprise-level change coming. Adobe has spent a lot of money and needs to turn a profit. B2B will become an ever increasing focus as well as enabling Adobe to offer eCommerce as part of it's already massive technological suite of tools.

According to the official Adobe press release we know that the acquisition is all about expanding into a new territory for Adobe, perhaps to compete with the likes of Salesforce and SAP to bring together marketing, content and sales all under one roof.

The very fact that their PR mentions the strong brands, B2C and the 300,000 developers who continue to improve the platform seems to me like a step in the right direction. As a developer, I was a little unnerved by the announcement. Adobe to me has always been a company that delivers software at a price. The price (in my opinion) was always high and most of the time always out of my reach. My initial gut-reaction was to worry about the future of the free Community Edition of Magento, wondering whether Adobe would make this paid, or perhaps even worse - put it on the back-seat while it concentrated on pulling the EE and cloud architecture platforms into it's technological lair.

RKD work with small and medium businesses, we rely on the Community Edition as a way of bringing a fantastic platform to our clients at the most affordable price. It is the lifeblood of many development companies who only charge for their development time. It is vital for store-owners too who only pay for work completed, not a monthly or yearly subscription or any cost associated with "right-to-use".

If this were to change, then the free open-source development companies out there already have options and we may see an increase in WooCommerce and other free/freemium platforms being used for SMBs.

However, I for one really hope that this acquisition is simply a good thing. Magento CE is a lead-generator for Magento as a whole, it gets developers excited, it opens doors for businesses and when the right business comes along they opt for the Enterprise Edition. I believe that Adobe will keep this format, and in doing so continue to invest heavily in the Magento community.

Both Adobe and Magento have held the community in the highest regard and mentioned it in both press releases and subsequent posts. 300,000 developers is a huge number to annoy if things were to change, and this more than anything leads me to believe that the end result, perhaps 2-3 years from now will mean Adobe Commerce, driven by Magento being part of a vital set of tools for Enterprise-level businesses. With Magento CE forever being developed alongside to please the rest of us developers and businesses who aspire to reach those levels.