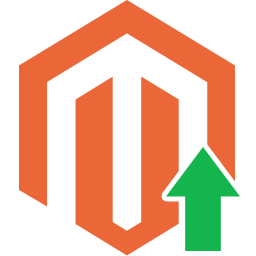 When should you upgrade to Magento 2

It's well known that Magento 1.x (meaning any version of Magento 1) will reach it's end of life in 2018. According to Alan Storm on his amazing Magento blog, November might be the month where things stop progressing on the development of Magento 1.

Update: 6th September - Magento have announced they will support Magento 1.5+ until mid-2020.

Does this mean that Magento 1 will just stop working over-night? No, it just means that your Magento 1 platform will stop receiving attention from Magento themselves. This means no patches or updates, which is a little worrying. There might be community-driven development which you can take advantage of but I personally wouldn't rely on it being cutting-edge in any way, probably more of a security and stability focus.

Magento 2 has been around for a number of years now and is a completely different beast compared to the original Magento. It uses much more up-to-date software and is a lot more flexible that the original.

So when would be the right time to upgrade your website to Magento 2?

That depends on what you are looking for in terms of progressing your own website. If you're passionate about keeping the user-experience as slick and modern as possible, taking advantage of the constant changes in extensions and APIs then you really need to get onto Magento 2 as soon as possible.

If you're worried about tight-security, then again I would recommend making Magento 2 one of your top priorities. I'm not saying that Magento 1 is going to become riddled with security issues as soon as Magento let go of it, I'm just saying you'll be relying on another set of developers to work hard on finding and fixing these issues.

If you think of your Magento 1 store as a car, yes you might cherish it, it might be fast and powerful and gets you from A to B as efficiently as possible, however all good cars get old. Their parts fail and the rules and regulations change making it harder to tweak your motor. Not only that but parts become incompatible, and harder to source. In the end, unless you work really hard you might just end up with your favourite car failing its MOT and sitting on the driveway.

So it's a question of how hard you want to work. With Magento 1, keeping it secure and up-to-date is going to become harder post-2018, not only for store-owners but for those open-source developers who choose to take it on as a project. In the long-term it might be easier to swap to Magento 2 with the full support of Magento (and Adobe!) making it easier to keep relevant in the ever-shifting world of eCommerce.

There's obviously a cost involved. Themes, servers and extensions will all need re-purchasing and integrating, custom functionality will need to be re-thought and re-developed and you'll need to make sure you migrate your customers, orders and inventory. These are all possible, but it's a lengthy process that will mean a heavy investment in Magento 2.

Is the investment worth it? You may ask this because originally you might have thought that Magento 1.x was immortal, and would be with us forever. It was obviously a large investment at the time and probably a revolution for you as the store owner on top of that. But unfortunately that's what the web is like, constantly changing evolving and costing us money. The trick is to plan ahead, all the while knowing that things will change, become better and are worth the investment.